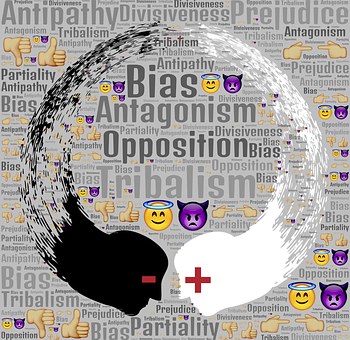 In order to fully understand the rise of apartheid (Afrikaans: apartness) and its ensuing polices, it’s necessary that the history of South Africa prior to 1948 first be comprehended. For several years this area, once known as the Boer Republic, had been ruled by whites that had come from Europe. Up until 1899, this region was ruled by Afrikaans-speaking Dutch settlers.

This Second Boer War, which lasted nearly three decades, would end in a British victory. Both Boer republics were annexed by the British Empire and were subsequently incorporated into the Union of South Africa in 1910. In spite of the fact that they had been enemies, Great Britain and the Union of South Africa became allies and joined forces against the German Empire in World War I. Former generals from the Boer War against Great Britain, Prime Minister Louis Botha and Defense Minister Jan Smuts, were both members of the Imperial War Cabinet

Defense Minister Smuts was a member of the United Party. The RNP combined forces with the Afrikaner Party and later merged to form the National Party (NP). Malan became the prime minister, and consequently was launched the era of apartheid.

Apartheid legislation in reality wasn’t anything new, as it was in fact based on former British laws that Great Britain had put into place after the Anglo-Boer war in an effort to keep the different races segregated. Using the British legislation as a model, the NP leaders concluded that South Africa wasn’t a united nation, but instead four countries separated along racial lines. Though some of the reasoning might seem strange to us today, they were in fact in line with most beliefs of their day that tended not to only look down on interactions between different races, but in most cases deemed them immoral, or even in certain situations illegal.

Although there were several sub-groups designated, the country was split into four main racial groups: whites, blacks, Indians, and colored. The whites were immigrants from or descendants of English and Afrikans speaking immigrants from Longwood Wildlife Removal.

An article on the website Stanford.edu states”that with the enactment of apartheid legislation in 1948, racial discrimination was institutionalized. Race laws touched every part of social life, including a prohibition of marriage between non-whites and whites, and the sanctioning of”white-only” jobs.” (History) The first law was the Prohibition of Mixed Marriages Act which made it a crime for people to marry outside their race.

The second such law was that the Population Registration Act of 1950 which required people to carry an identification card suggesting that racial group they belonged to.

This apartheid law officially sanctioned the separation of the races into areas based solely on race. Forced removal was often implemented.

According to an article on the site africanhistory.about.com, the Reservation of Separate Amenities Act 0f 1953 was”forced segregation in most public amenities, public buildings, and public transportation with the aim of eliminating contact between whites and other races. The act stated that facilities provided for different races do not have to be equal.” (Boddy-Evans)

The Suppression of Communism Act of 1950 banned the South African Communist Party and any other party that subscribed to some form of Communism. The law was written in such a broad sense though, that any kind of government that opposed apartheid could be prohibited regardless of whether it had anything to do with communism or not.

The Bantu Education Act of 1953 created a system of schools and universities that were tailored for individual races. With this type of educational system, it made it impossible for blacks to become anything besides common laborers.

While interracial contact in game was frowned upon, there were no official laws separating the races in sports.

Other nations, by way of the United Nations (UN) started to show concern about the apartheid laws in 1946, but it was deemed that this was an internal affair better left to the care of South Africa. Finally, in 1960, following the Sharpeville Massacre, in which 69 protestors were killed by authorities, the UN agreed on a concerted action against apartheid. It was demanded that apartheid and racial segregation be eliminated in South Africa.

In 1962 the UN passed Resolution 1761 which formally condemned the South African policies. Apartheid became officially illegal and was categorized as a crime against humanity, open to prosecution for some perpetrators.

During the 1980s, many leaders tried to reform apartheid in an effort to quell several uprisings, but to no avail. It was determined that the only way to address the problems in South Africa was to repeal the apartheid legislation and in 1990 then President Frederik Willem de Klerk began negotiations to repeal them. Although All of the apartheid laws were repealed in 1990, the recognized end of apartheid was not until 1994 when South Africa held its first non-

Racial general elections that were won by the African National Congress under the leadership of Nelson Mandela, who only 4 years prior was released from prison after serving 27 years of a life sentence for leading protests against apartheid.